I memorised him after several plays at the Bosnian National Theatre (BNP) in Zenica. You get quickly accustomed to the fact that a well-played role is almost guaranteed when it comes to him. However, this summer he additionally attracted my attention, because he decided to take one more step. Together with several friends, he founded ”Studio Teatar”, a theatre group that aims to promote cultural activities. What they did will certainly be remembered as one of the more beautiful things in this town – they made an open-air theatre and they staged plays for five nights in a row for an audience that was delighted.

I am always glad when someone decides to gift part of themselves and their time to others and to do something useful for the society. For this reason, I could barely wait to hear first-hand what made him do it.

I am Nusmir Muharemović, an actor, husband, father of two. I have been employed at the BNP in Zenica for the past seven to eight years. I graduated from the Academy of Performing Arts (ASU) in Sarajevo, I come from Zavidovići. I graduated there from the primary school and grammar school. Almost six months ago I established Studio Teatar, a theatre group in Zenica – an association for development and promotion of cultural activities.

How come you decided to become an actor? Has it been a childhood wish?

I had the idea in the second grade of primary school when I participated in a school play and that was the first time I tried the drug called the stage. Ever since, I have been addicted.

Before going to ASU in Sarajevo, I had never seen any professional play in my life. I consider this to be curious if I think of that period. Simply, there was a war, after the war, the situation in Zavidovići was the way it was, there were no plays as this is currently the case at the Centre for Culture. We did not travel anywhere. The reason was the financial situation back then. I simply did not have a chance to see professional plays.

However, I have seen all amateur plays in Zavidovići and I actively participated in the work of the Youth Centre, Centre for Culture, Amateur Theatre in Zavidovići, drama club at the General Grammar School Zavidovići. That is the way in which I somehow nurtured my love for the stage and theatre.

And when I came to Sarajevo for my entry exam, I was short-listed, I was one of 13 candidates. Later on, I was among the three persons that were admitted within that call. I remember that during an interview for short-listed candidates, Professor Senad Bašić asked me the following question, he literally phrased it like this: ”Please, how come a person from Zavidovići came to the entry exam?” Later on, I understood that I was the first in the history of Zavidovići who got accepted at ASU.

So, this is another message for young persons. The background we have, both in terms of our family and experience, should not be a limiting factor at all, persons should not be claiming – I cannot do it. Talent is simply something we carry in ourselves.

What do you prefer – film or theatre?

I love both. But somehow, the stage is the one that really makes an actor fall in love with acting, with theatre. However, it is also nice to be part of a film set. It is nice to leave some kind of a trace and someone can watch it after 50, 100 or more years. However, the moment that happens, the moment when an actor and the audience meet, is irreplaceable, it is a drug. I literally call it that way, because it is really like that. It is simply a feeling that has to be felt.

Why Studio Teatar? How did you get the idea to establish it?

The Bosnian National Theatre Zenica is currently probably the best theatre in Bosnia and Herzegovina. We really work the most, the numerous awards from festivals are a proof that the production is good, that we work in spite of limited production capacities and human resources in certain segments, that we have the greatest production in the country. I am truly a proud member of BNP. However, the projects that I wanted to do, could simply not be done at BNP, I as an actor and one of its employees could not do it.

I therefore had the wish to establish an association, a theatre group, where I would be able to implement my ideas and build on everything that I am already doing at BNP. Studio Teatar was born out of the wish to take another step. I initiated the idea to establish Studio Teatar, However, it includes mostly persons playing in three plays. That is the comedy ”State thief”, duodrama  ”Death and the Dervish” and an interactive children’s play ”Boy who refuses to grow up”. These persons are Irfan Kasumović, Adem Smailhodžić, Danijel Kovačević, Zlatan Školjić, Mirza Mušija and Mirza Begović, our young writer. That is basically the group that established it and initiated everything.

Our first project that was fully implemented involved Summer Nights of Studio Teatar. It involved five days and five nights in Zenica, 5 professional open air plays. It was an open-air theatre.

The reactions of the audience were truly great. The audience was more than satisfied with the idea. I am not sure whether there had been anything similar in the past, I cannot say that this is the first time, but over the past ten to fifteen years, there was certainly no open-air theatre in Zenica, and this is simply a trend in Europe and beyond. The interest was great, and we were already limited in terms of capacity. And we wanted to offer the best possible experience to the 150-200 persons that came to see the play and avoid a situation where some persons would not see or hear well.

We managed to do so, we managed to do it primarily thanks to the team gathered around Studio Teatar. All of them are young people that contributed to it simply because they love theatre, because they would like to change something. These are persons who are aware that such changes come from individuals and that they themselves should initiate something. As they say – be the change you would like to see. The project was implemented primarily thanks to the support of the company Arcelor Mittal, the town administration and our partners, BNP, Bosniak Cultural Community Preporod and Multiplex Ekran. These are some of the main sponsors and donors of this event. If it had not been for them, we would not have been able to implement the idea, no matter how excellent it was.

This is something we will continue in the years to come and we truly hope that it will become part of Zenica’s summer days. 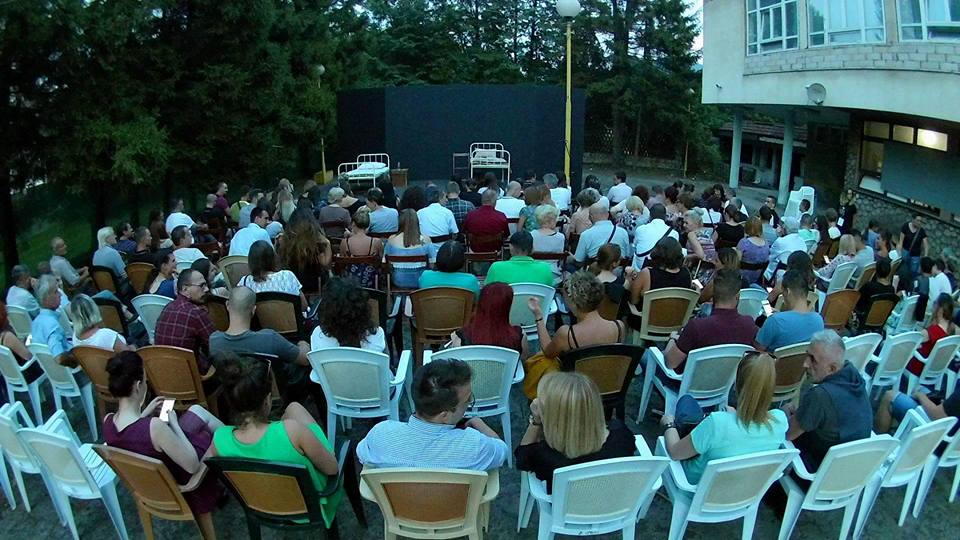 What are your plans, in which direction will Studio Teatar go?

Studio Teatar is currently working on another project. It is called ”Theatre – a right of every child”.  Within the project, we are bringing the play ”Boy who refuses to grow up” in the most remote schools of our canton. We wish to go to schools where most children have never seen professional actors on the scene. We thus go there, get to know them, stage the play, hold a workshop on theatre, stage, on everything we know. We teach them about it. It is a project that is currently being implemented and these sincere, laughing faces of the children that see a play for the first time in life – this is something that gives you an incredible feeling. They await us with such a joy, they write us letters later on, they send us drawings they made, it is really beautiful.

Studio Teatar wishes to take approach the audience. Summer Nights of Studio Teatar are a step towards an audience that spends summer nights out, an audience that does not wish to be in a closed space. We simply go to them. Theatre – a right of every child is also our wish, right and obligation that we have, in the sense that we have to reach out to these people, given our profession. And if only 0.1% of these children start going to the theatre, we have done a great work. There are many other project ideas that we work on, however I am simply reluctant to talk about things that are not yet concrete. We will come to that.

Would you like to go abroad and make films?

Well, yes. I honestly think about going abroad even without a career, to leave all of this and to go abroad and maybe do something different, specifically because of what we discussed at the beginning – because of an unregulated system that values nothing and persons that do not deserve any attention at all, do not deserve anything, who are role models for our children. I simply think that it is maybe not good for my children to grow up here.

However, when I look around, I understand that I am one of the lucky ones that live very well compared to most people. I am not saying this because of the financial situation, but rather because I have a job I love. I have the chance to enjoy my work, I do not have a tutor who is above me, who is exploiting me for a miserable pay. I enjoy my work, but one sometimes simply loses the faith and optimism. However, I would like to go somewhere, make a film, do a play and then come back here. But who knows what will happen in the future. You know, I am a Libra in the horoscope and it takes quite some time for me to make a decision. However, once I do so, it is over, later on I do not analyse it anymore, there is no more thinking and I simply go in the direction I chose.

We live in a setting that does not offer any kind of perspectives, except if you are a criminal – then it is an excellent one. I will not discuss politicians. But what will happen if we all leave? What will happen then? I think that persons that should fight against young persons leaving the country actually see this as their benefit. Well, maybe I will decide not to help them with that. 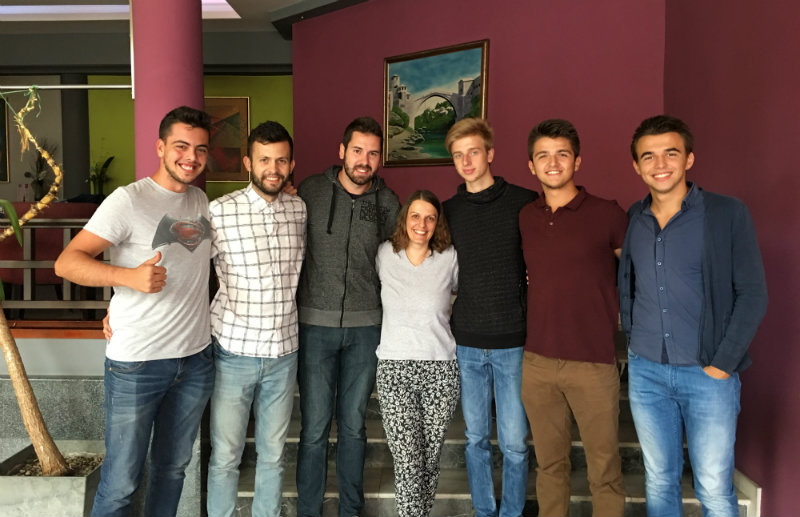 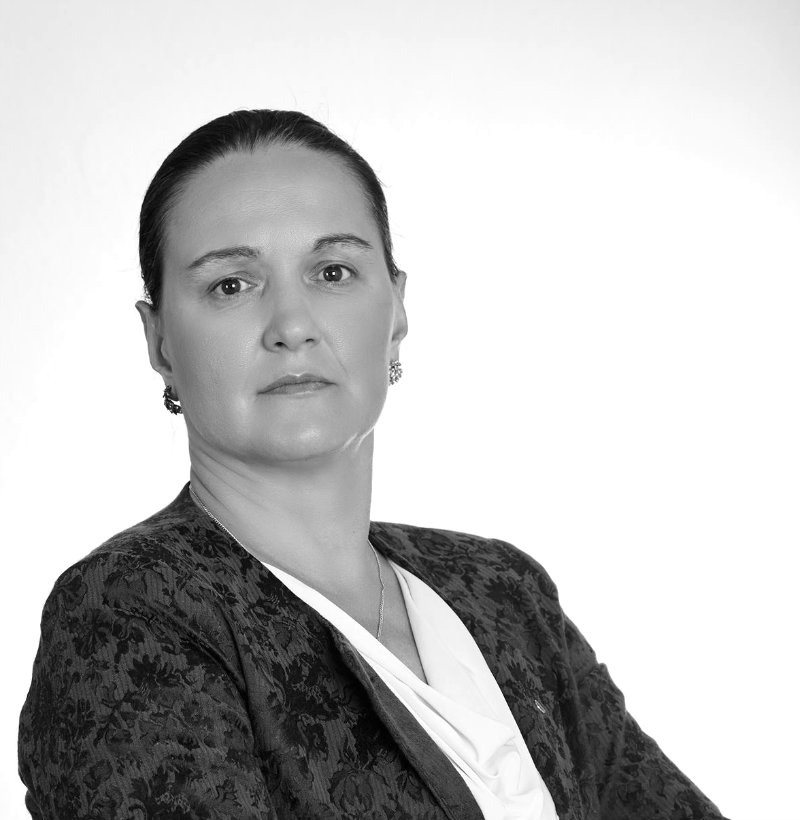