Slađana Cvjetković has a degree in psychology and she is supervising psychotherapist. She is transactional analyst-advisor. She was born in Tuzla, and she lives and works in Bijeljina. She works for the Child Care Fund. She discovered her passion for psychology when she was in secondary school, although, just before graduation, her mother told her how, as a 4-year old, she decided to be a psychologist, following the example of a man she met. One of her wishes is to open her own practice and just work with people. She likes running and she runs half-marathons. I also like psychology, so I found it interesting to talk to her, and we mostly discussed the stigma that psychologist still bear in these parts, and how we are emotionally a quite illiterate people.

Here people do not know even what psychiatrist and psychologist do, let alone a psychotherapist. It is all just a big jumble for most people. In Bijeljina, we experienced it for the first time, in 2014, that people showed joy when we arrived. Here, with the support of the Psychologists’ Society and the Ministry of Health, I organized teams that provide first psychiatric aid to flood victims. We were joined by a colleague from Zornik and somehow, the two of us formed two teams, with 14 people working in the field. The Ministry established cooperation with the Health Care Center, i.e. the Mental Health Center, so we were somehow connected to the system.

We were in the field and sent them reports and information, and they intervened as needed. And somehow, the model we implemented turned to be the best in all of the Republika Srpska. Even,  year later, when a symposium was held on the topic, it was recommended to apply this model in future crisis situations, because it proved to result in fruitful cooperation.

On the other hand, that was the first time that we saw people welcome us as psychologists, when we arrived at receiving centers in the field. We would sit down, and people would gather. You start talking to one person, and then other would join in. The need was so great. And then they told us, „You actually are not so terrible.“

That’s how great the stigma is, and how ignorant people are. But that was the first time that we we received with benevolence and friendship.

We never learnt how to cope with a crisis, and life always serves us one crisis after another – from the constant stress of mere survival to, say, losses – of a partner, spouse, death in the family. I know that people often turn to psychologists and psychiatrists in such situations. Those who don’t perhaps carry those traumas with themselves all the time, unable to overcome them, so they have to bear this burden all their lives.

We saw this when we provided help after the floods. That was a major traumatic event. However, people who were refugees, or who lost dear ones during the war, they were more fixated on those past events than on the current one. It was almost as a kind of re-traumatization, as a revival of the old traumas.

And a lot of it happened because it had not been processed, it had not been integrated into the personality. And when it comes to a traumatic event, a man tries to separate it from himself, for defense and to be able to function, but it always remains in the background. It is not a part of the personality, it has not been processed, and it is always popping up. Trauma needs to be integrated, but that is a long effort.

Somehow, in these parts, people strive to show strength, because, you are not quite OK if you show weakness. Here, people are taught, men especially, that they must be strong, that tears are bad, that men don’t cry.

That’s why we have so many coronary problems, due to suppression of emotions. Here it is mostly men who have a ban on the emotion and show of sadness, while with girls it is more the question of „pleasing others“. Be a good wife-mother, your needs are less important, because kids come first, then the husband, and only then it is your turn. God forbid if you happen to change this order, then you are seen as selfish, although it is far from true.

On the other hand, when we start from ourselves – when you feel satisfied and fulfilled –what mother, what kind of wife are you? Much better, but only when your needs are met.

But, generally speaking, in these parts, with some exceptions, we are totally emotionally illiterate. So you will hear people talking about how they feel that they are suffocating, or that they have a lump in their throat, but they do not know, they cannot make the connection that this is possibly because they are sad, or afraid, or suffering. They cannot make the connection because they do not recognize it.

On the other hand, there is a great thought, „A relaxes brain is not an anxious brain.“ And we have the situation that we have a surge of anxiety disorders – from panic attacks, fobias, to fears of various kinds.

And a child’s though processes are quite specific, particularly in pre-school children. They generalize and the way they make conclusions is quite different than in adults, and so very frequently they link unrelated phenomena to themselves. And then it affects some conclusions and causes further effects down the line.

Our common approach is – hide everything, do not cry in front of children. When someone close dies – let him watch TV, he will have a good time, while on the other hand you are going through a major loss. Certainly, different ages are treated differently, but in general, a child should get an explanation – both a pre-schooler and the child of 6 or 7 years of age – that this person went somewhere else and explain the loss to him.

And cry freely, because, logically, how can a child learn that it is alright to cry if you are sad, if he does not see you doing it, and that it is OK to be sad when someone dies.

These are some things that we sometimes convey, but in general, we are emotionally quite illiteral in the sense that we feel that others are causing our emotions.

He did this to me – I had to do that. No, you did not, but we do not react to things as they are, but to our perception. In other words, to how we define them and what they mean to us according to this definition. And some of these definitions we adopted as children.

How is it even possible to alter the mindset of people, to make things better?

In general, I believe that it is necessary to inform the public and clarify some things, to offer a different approach, a different explanation. In the sense of some kind of emotional literacy training, to impart to people that emotions matter a great deal, that most of the time they are not a problem and that one can work with them quite nicely.

We are constantly presented with the image of the opposition of the brain and heart, and this constant tug-of-war. But, typically, if you can recognize your emotion and you can ask yourself, „Why I am reacting to this, and why is this so?“, you can recognize it in the other person and understand this background, just like in yourself, so you can approach such conversations in a more constructive fashion.

How should we deal with stress?

You ask about stress. There are different ways for people to cope with stress, everyone has his or her mechanism. Some people paint, some write, someone indulges in physical activity. I got into running around the time of my divorce. That is a good mechanism to overcome stress, because, about half an hour into it, endorphins are secreted. And it also helps you get a different perspective, to take a new look at what is happening to you.

So, physical activity is recommended, because we are mobile beings. It need not be running, it could be fast walking, basketball, volleyball. Simply, one needs to find a release.

In general, one should find some time for some recreation every day. In the sense that, even playing with your child, you can set aside this 30 minutes, or an hour, and really get into it. Because we all have in ourselves this one part which we call „free child“. That is the child that plays, laughs, is curious, the child that smiles from the heart and freely approaches everyone.

We all have it. But, as adults, we push it somehow aside „Come on, give it up, don’t, it is inappropriate for your age.“ But in general, it should be let out. We psychiatrists like to say, „Reinforce that part, let that free child out, find something you are interested in, something you are passionate about!“

Jasmin Sirčo – Visoko: Architecture is the basis in all projects and activities he is involved in

Arman Bešlija – Goražde: “Being on the right side of history matters. If you are afraid of telling the truth, we should not live...

Vlaho Matić: He has no plans to leave Neum, and through his NGO work he perfected many skills 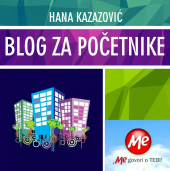 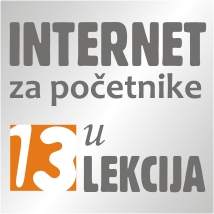