Cyber Bosanka
Home English Jasmina Fajkić – Travnik: Humanitarian work is her calling that made her... 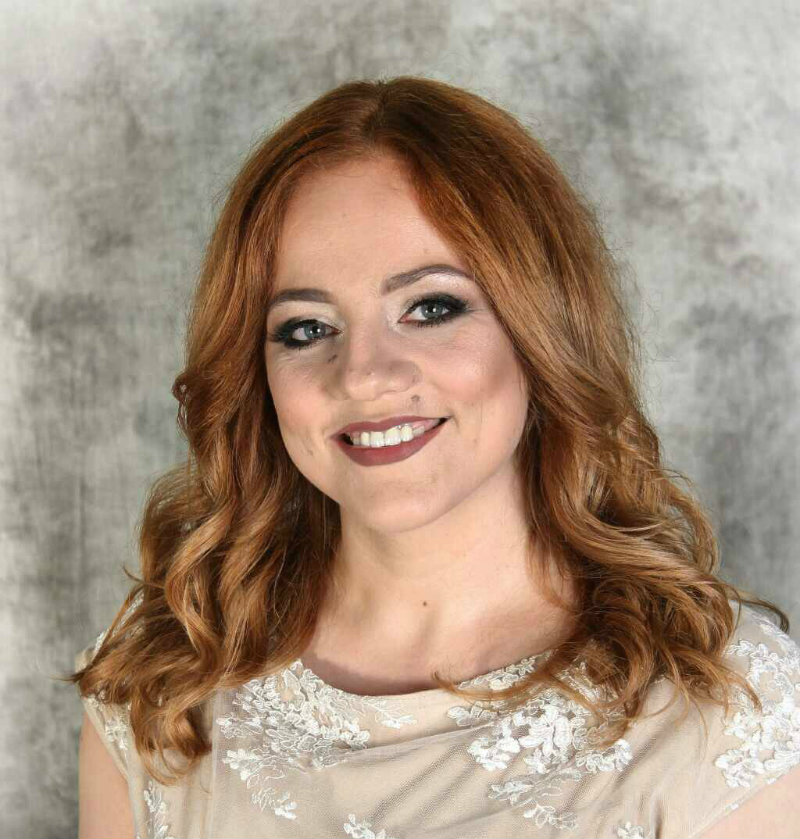 Jasmina Fajkić has been activ in humanitarian work for almost 12 years. She is a cheerful, young girl who became known to the public in BiH because of the auction of sports equipment she had organised, where Messi’s jersey attracted special attention. She is one of the people who are the best example of what I’m talking about, that is, that everyone can really make a major difference in own environment.

I became active in humanitarian work sometimes in primary school through various activities, to but it all became more serious in high school and during my studies. Then through various student and secondary school associations I organised various projects to assist the socially endangered populations.

Your best known activity is the auction of sports equipment?

Yes, it started quite accidentally as the auction of sports equipment for the Paediatric Ward of the Health Centre in Travnik. They have a very professional and very good staff, but unfortunately, as in all institutions, there is always a lack of resources. I started collecting jerseys from our soccer players who really always respond to those actions and in the end that entire story reached Messi and that made a boom. Messi himself supported the activity and I ended up collecting BAM 14,000 to 15,000 for the Paediatrics Ward, to reconstruct what needs to be reconstructed, in essence to buy what was needed.

Who do you help the most often? 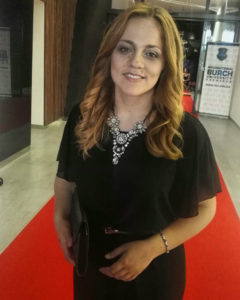 I am particularly sensitive to children and the elderly. Perhaps even more the elderly than children since they’re already left to themselves, so stories like that always move me in particular. I’ve been doing this for 12 years, I’ve seen all sorts of things and maybe it should be easier for me, that I’m not moved, but I am moved every time I hear stories like that.

To what extent do your activities help the community?

I’d like to live in a society and a country where no one is dependent on anyone’s help, that everything is ideal, that we are all healthy, that everything is great. However, that’s impossible so I really try to contribute as much as I can. Here I specifically refer to Travnik – that’s where I direct my assistance, although I do help out across BiH.

There were instances where I helped sick children, but never saw or met them. Simply, there are so many stories about sick people today, unfortunately, not everyone can be helped at this time. It somehow became more prominent in recent years. It wasn’t really like that before, but in the last couple of years, there are lot of cases of illness and many calls for help and you feel sorry that not everything can be done and you try to make every effort to give your own contribution.

Do you think everyone can do something for their community?

I believe that there is kindness in all of us and it only needs to be kick-started and I believe that we are all good people and that’s absolutely 100% true. But it takes a little push. People are probably thinking how I’m going to do this, what would I do? But when one action is done, and another one, and a third one, when you go to bed happy that you’ve helped someone, this is something you cannot buy or pay for. It is the feeling that’s absolutely the best, when one has that sense of contribution and making others feel better.

I read about it and I found it interesting that you managed to contact the big stars. I have the feeling that they are much more accessible than we may think at first glance.

They are quite normal people. I know for sure when it comes to the BiH football team, I met each and every player, I was even a guest at their game with Greece last year, I went then with them. They are absolutely the most ordinary people. However, they also have their own private life and privacy and one should respect it – their free time, their family lives. When all this is in line, they are absolutely willing to help.

As for this action, I’ve used all possible ways to get to some celebrities from Instagram, Facebook, email – I’ve absolutely tried it all and it paid off. Messi heard about it; a lot of Barcelona players later supported the action so they’re there for some future stuff and projects…

After this story about Messi, a boy suffering from leukaemia was invited to go to Barcelona to watch the game, to watch Messi, he meet all the players … That’s absolutely something to remember.

Every month I work on some action. There’s always concrete help. We have projects that are ongoing all the time – snacks for children, paying tickets, scholarships for some underprivileged students. We do this as an informal group of people. We have a lot of our people living abroad who support us and that’s always in place.

Every month, as the need arises, we are there to help. The last activity we had, perhaps not humanitarian, but important, is the Ifthar meal organised in the Old Town, with more than 1100 to 1200 people. And that was a nice story last month. Now it’s preparing children for school, textbooks, and New Year’s gifts…

What do you think, how to keep young people in BiH; ever thought about leaving?

I never thought of leaving since I’m a patriot, the genuine one. Unfortunately, like most of today’s young people, I graduated from college and have long been waiting for my chance and opportunity.

At some points, you slip into depression, some difficult moments when you have to ask your parents for money to go to the cafe or to go out with your friends at the age of 22, 23, 25, 27. In those days, I tried to reduce my demands to a minimum.

I think we can all make a difference when we join forces, to make it better, to prevent this brain drain. Unfortunately, this trend of going to Germany is now real. I also absolutely understand young people who are leaving. Normally, there is a need to work, to be useful first to oneself. When you have your salary you are first useful to yourself and to the people you live with, the family. But I really think that as a youth we can join forces and do a lot to make it happen to prevent this brain drain because a lot of young people are leaving and that truly is a sad reality.

I know of those with steady jobs, family, leaving it all and going to Germany. I cannot understand that. Bosnia is our country no matter what. We need to be modest perhaps in some of our demands, not to want too much. I hear that you earn 5 or 6 times more in Germany than here, but when you take German standards … it’s better there, I understand, probably, but I was born here and I could’ve left had I wanted and I waited long after graduating from college my chance, but I never really, not once did I have the desire to leave.

It’s all individually, from one person to another, and I never know what happens in some families that young people are leaving but I would never really do it.

What would you like to change in society if you had a magic wand for example?

Because Travnik is really an example of how it can be done. For example, Maja is doing great things with the dance studio, CEM is doing extra things … All these people are great. For example, I was thrilled with the last night’s race. And that is something we absolutely promote the city with and attract tourists and all that, so as far as Travnik is concerned, we really do have people who do not sit around but work for the benefit of the community. 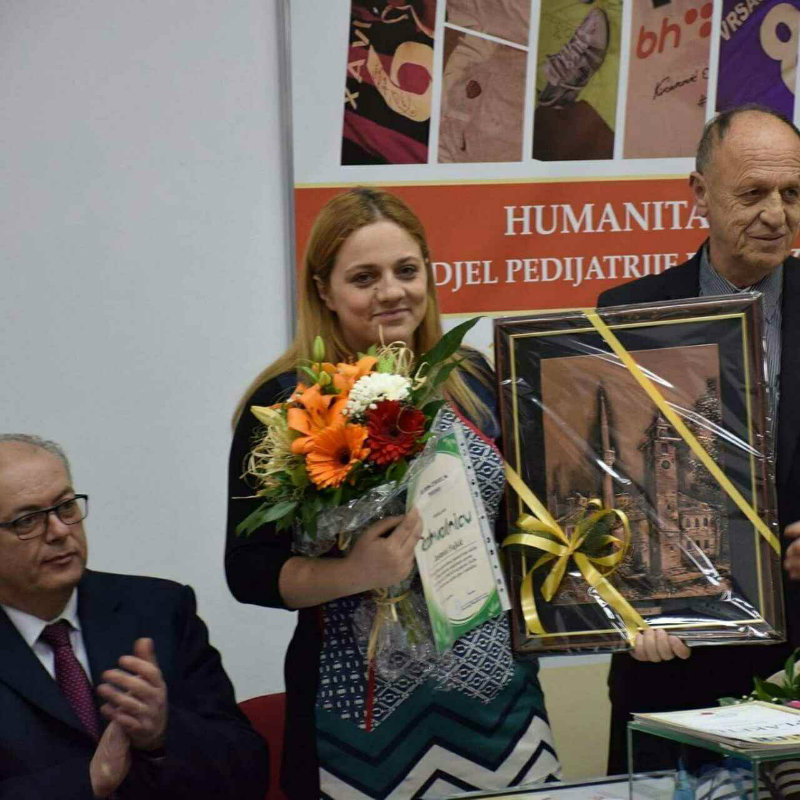 Cyber Bosanka - September 5, 2017 0
Hana: Mersiha Pecikoza is a nurse and she works at the Goražde Cantonal Hospital. She is also Chairperson of the Assembly of the Biser Association,...