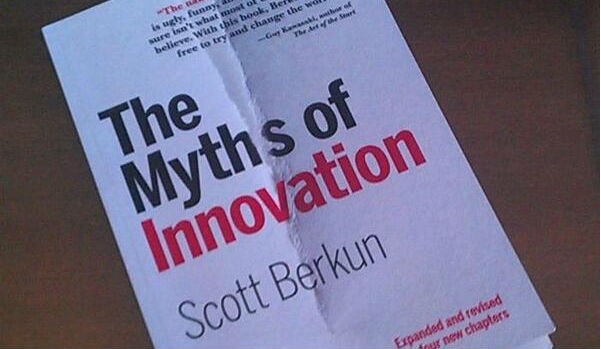 I finally read the book “The Myths of Innovation” by Scott Berkun last week. The book was a gift from my friend Vanja and he gave it to me after Scott’s keynote lecture at a Spark.me conference in Montenegro, this June.

This is the third Scott’s book I’ve read. The first two were “A year without the pants” and “The Mindfire”. Do I need to say how much I like his writing after this? And yes, I will read his other books as soon as possible.

I wrote about “The year without pants” in my native language already. If you want to know what I wrote you can use Google Translator. But I have to write a couple of sentences about “The Myths of Innovation” because it gave me a lot of inspiration and it forced me to rethink about my past work and wishes.

This is the book in which you can find everything about innovations – from their beginnings ’till today. I especially liked the history part in which Scott describes some world known innovations like Roseta Stone. Probably Roseta Stone was something ordinary in a time when it has been created.

“Ordinary things, people and events are transformed into legends by the forces of time” – Scott Berkun

It needs time for something to become an innovation. Think of that when you hear somebody talking about his innovations around you.

The myth of epiphany is the part I liked the most in this book. You know how we learned about Archimedes and the moment when he found a solution about the problem he worked on? And Newton and his apple? Did he really find an answer, just because an apple hit him?

Or maybe these two smart guys had worked by days on their problems?

As Scott said in his book:

“The best lesson from the myths of Newton and Archimedes is to work passionately but to take breaks. Sitting under trees and relaxing in baths lets the mind wander and frees the subconscious to do work on our behalf.”

And the main reason why does history seem perfect is because it is mostly a saying about success, not the partial failures that enables success.

Scott also writes about rejecting ideas and that’s something I am aware of, but always forget. In fact, I usually forget these things after receiving rejection letters. You know that – when you’re trying something and it doesn’t work, and you feel really bad? After reading this book I made a decision to put some reminders on visible place. Maybe I wrote on the wall in front of my desk: “Remember – even Michael Jordan was cut from his high school basketball team”.  Or I’ll just write a sentence from a book:

In this book I found out that the first brand of consumer refrigerator in America was “Frigidaire”. Scott said that as a kid, he laughed because his grandparents called every refrigerator just like that. I laugh everytime when I’ve remembered this because many people from my country (even myself) called refrigerators “frižider” which is pronounced “Frigidaire” in my native language. And I didn’t know from where this name came until I read the book. Thank you, Scott, for this information. My Dad was really surprised when I told him this.

Now it’s time for my favorite sentence from this book.

Why this sentence was so important to me? Because I recognized myself in this “open mind” state. I have a problem with focusing on one thing, and that’s probably the reason why I always struggle with the results of my projects. I start something, then after a couple of months I become to think of something else. Then I usually try to make both things work, and… You know – fail with one of these.

All the time I think open mind is a good thing and I was proud because I have one. Now I see I should close it just a little bit. If I want to move forward, of course.

The second favorite sentence from the book is this:

“Get used to the fear you feel when starting something new, as well as the feeling of getting past that fear” – Scott Berkun

When I read the book “Daring Greatly” by Brene Brown I learned how stepping out of a comfort zone is usually painful. But pain is also a sign of growing. As Brene said – discomfort is the first sign of our willingness to try something new. And only new could give us results we have not received yet.

Fear of starting something new is a good. Get used to it, accept it as a good friend and after a while it would go.

I will finish this post with something very important:

So be brave, and find your way. I surely will try to find mine.

And read the book if you are interested in innovations in any way. 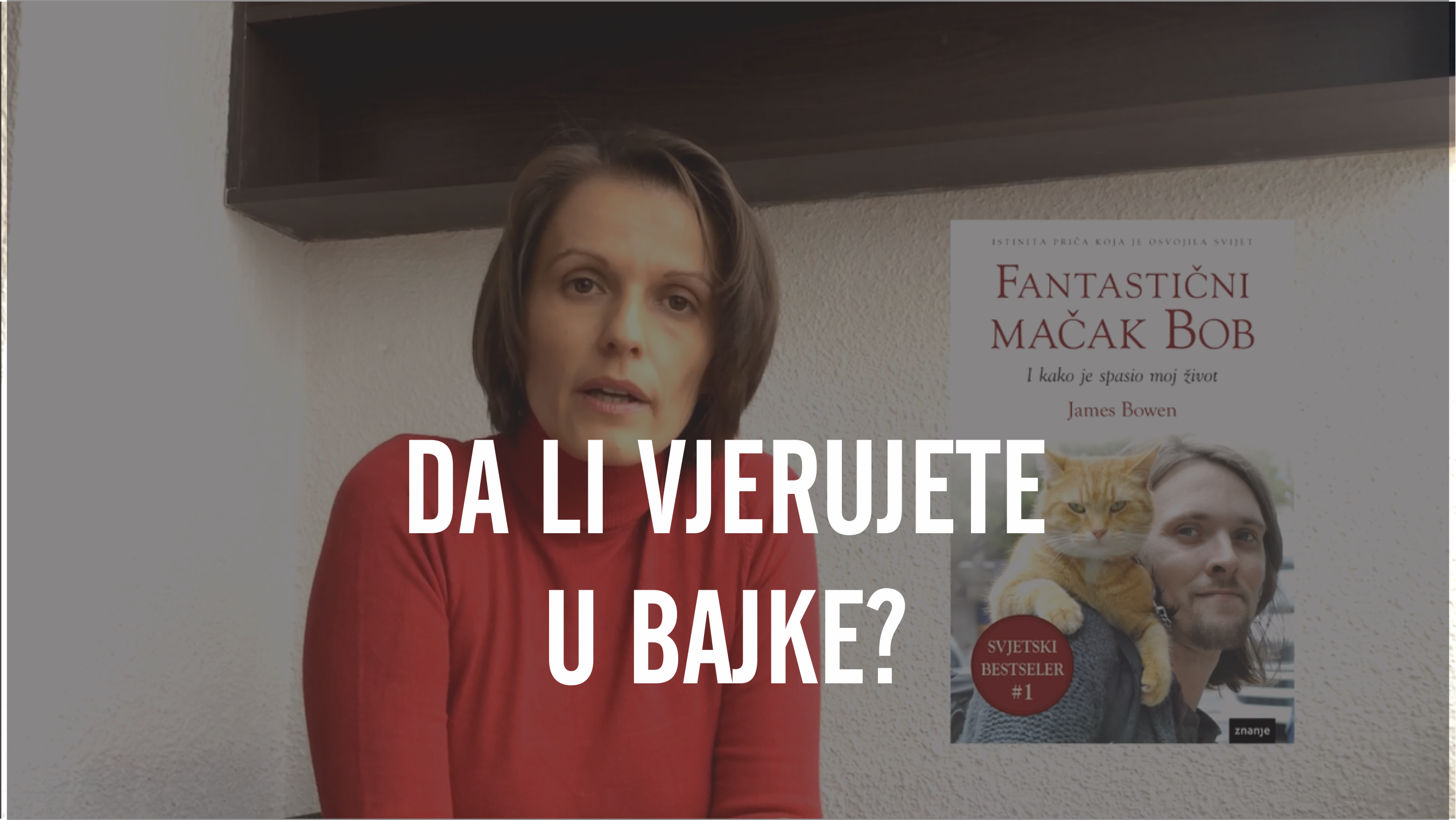 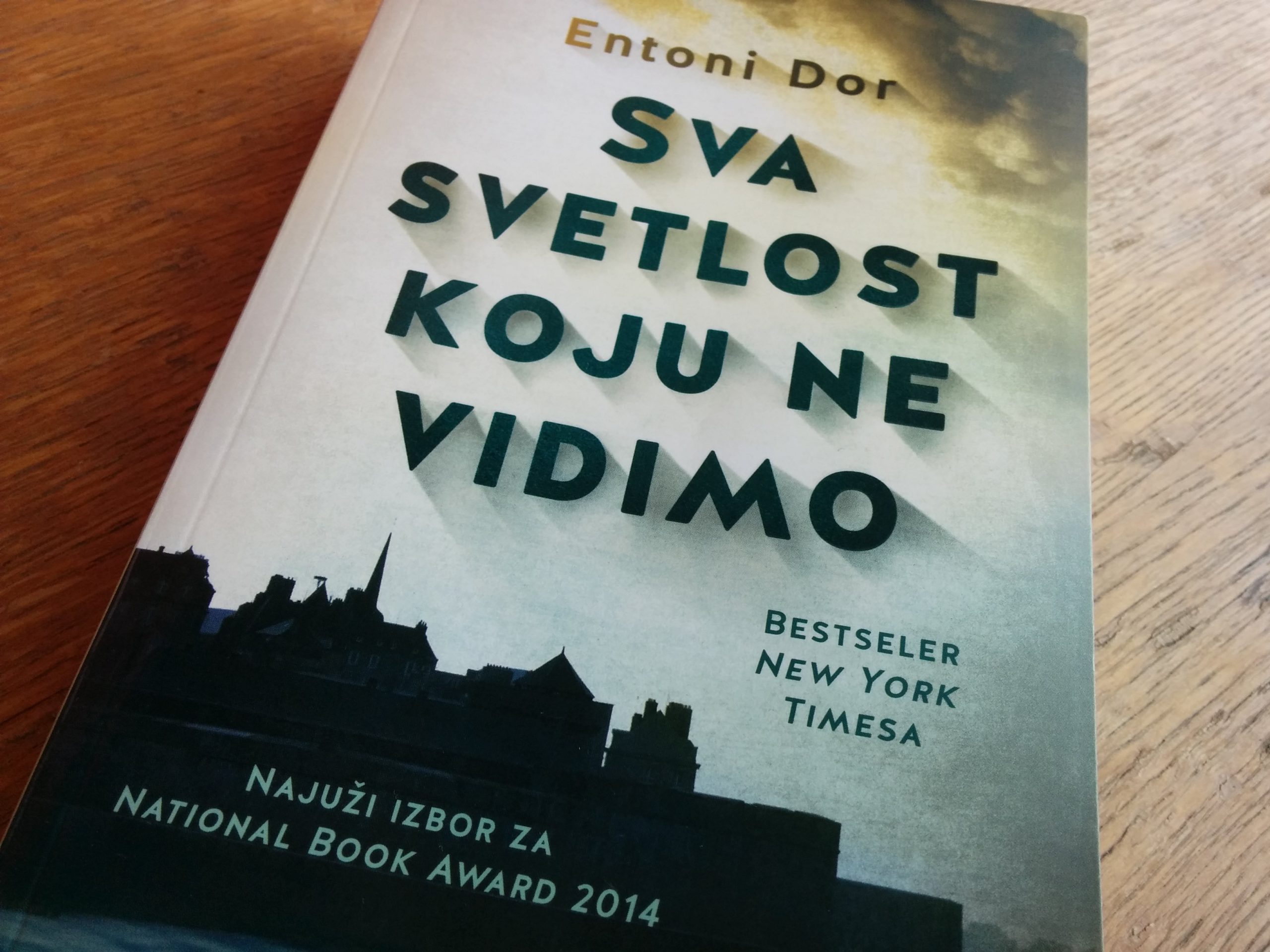