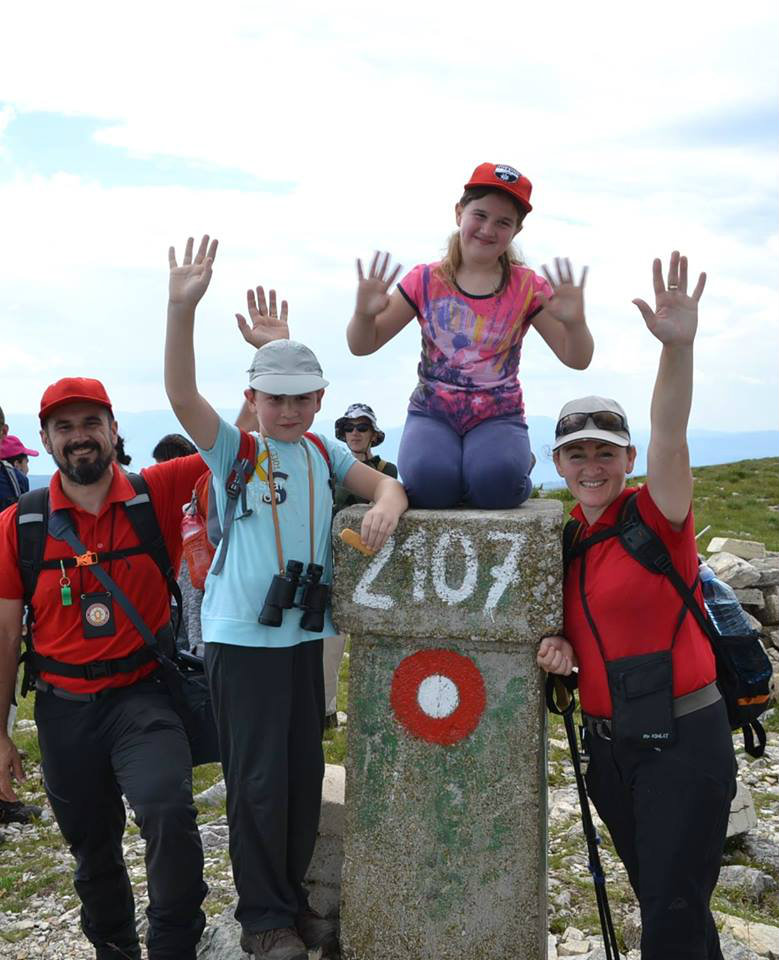 Envy is a characteristic that is said to be felt when someone has or does something that we would like to have or do. I rarely feel it, but when it does happen, it is usually always the same situation – I am watching photos of friends who go hiking. I have simply been unable to start or organise myself over the past years, or I do not really know what is the reason, but in any case, I am sitting, watching, feeling envious and promising myself that I will also do it as soon as… well, I don’t know.

Well, should that happen, I believe that talking with Draženka and Dejan from the mountaineering club Očauš will be one of the important steps towards that decision. Because a coffee with them and talking about mountaineering and everything it brings would without any problems, it seems to me, make some much more static persons become active. They completely conquered me with their story, so that I would go to the mountain tomorrow, and it should be possibly them taking me specifically to Očauš.

Because, while talking to them, I had the experience that I have regularly when I talk to persons that go hiking – you look at them so serene and smiling while they are talking and exuding this special energy and you think: ”I want this, too! ” Irrespective of the number of kilometres and the efforts it takes :)

I am Draženka Savić Škrebić. Married, mother of four, head of the mountaineering club Očauš. At the club, there are two licensed guides. Even before we started going to the mountains, we were walking a lot. The two of us alone, and then the children came. When the children came, we mostly went only to cities, because it is not that easy to move in the mountains with children. However, today they are going to the mountains, all of them are going with us. Then we started hiking, more and more actively, and then other people, friends, wanted to join us, to go with us. And then it all lead to the fact that we established the club. Now there are many of us, we are quite active, we are going somewhere almost every weekend. Now we have reached a new level, we are going to mountains that are 2500 – 3000 metres high. Now we are also publishing excursions also at the club, persons are getting in touch with us, and I specifically am trying to take as many people as possible with us. I still believe that everyone can go, but not to all tracks. That happens over time. Everyone is pushing their own limits.

This year we said that our goal would be to visit more than 15 peaks that exceed 2000 m, to do this as a club. I believe that we have already achieved this, but there is some more time until the end of the year.

Očauš is a nearby village?

Yes, Očauš is both a village and a mountain. Očauš also has a cave that is very interesting. It is not being used on a commercial basis. We went several times and took several groups up there. It is beautiful. It does not have that much stalactites and stalagmites, but it has many rooms and passages. And there is also a cave. It is called Bezdan, which means abyss, and it is really a cave. It is interesting and specific. The village up there is very beautiful; people are nice and welcoming. They are already used to us mountaineers, since we have already been up there with several groups. There are people coming from other towns as well and then we go to Očauš, and they are already used to us being up there.

There are no age limitations when it comes to people who go hiking?

No, there is no limitation. It varies from us taking children that are 5-6 years old and adapting some walks to them to people who are 60-70 years old. There is no age restriction, but we are rather analysing the difficulty of paths and adapting that to persons. Our rules are that we are not in a hurry; we are no runners. We take breaks frequently and are moving as a group.

Why would you recommend everyone to start walking?

It improves one’s life. One turns to oneself and develops a feeling for others, which might be a bit neglected today. Since there is 5, 6, 10, 12 of us in the mountain, one develops the habit to pay attention to all other people around one and their physical fitness, whether they can do it, whether they will make it. We all have a crisis when we cannot easily climb a path, but then with the assistance of all these people, we manage. In such a case, it is easier. When someone cannot do it, and then gets support, someone saying ”You can do it” – that helps a lot.

There is a trend of people leaving Bosnia and Herzegovina. You are still here. Have you thought about leaving?

Only to visit a mountain and to come back again. I would not do it, my family is here, and that is the first and basic reason. I think that my place is here. I simply see myself here, so that I am not planning to do that. Except in order to take as many groups over the border to see other mountains, other peaks. That is it when it comes to my thinking about leaving.

Have you already been somewhere abroad?

Yes, I have. Seven days ago I came back from High Tatras. I spent seven days there, was walking up there for 7 days. Next year, if everything is ok, I am taking a group that is already ready to go there in August.

Are there any differences between our mountains and mountains abroad when it comes to the state of paths and how well tended they are?

Yes. Their paths are very well tended, very well marked. There are many mountaineers, they move and walk. We meet so many people up there on the paths as opposed to our country. When we go to Očauš, we are usually the only group. Sometimes two or three groups meet in Maglić. I do not mean a situation when a large activity is planned, and when there are 10-15 clubs. I am talking about daily, independent activities. We meet persons in the mountains much more rarely, and in their case, there are all ages, from small children to elderly persons, everyone is carrying walking sticks, everyone has mountain boots and everyone is walking in the mountains. Recently, when we were in Slovakia and climbing Krivanj, their national peak – it seemed like a freeway. I have never seen so many people in my life. The weather was quite bad, there was fog, it was slippery. But I have never seen so many people in the mountain before. One cannot slip by, has to pass each other. It really seemed like a freeway.

I was in Bulgaria and in Slovenia, and I had a similar experience as Draženka. These are national peaks, I was both on Triglav and Musala and Vihren, which are the highest peaks in the Balkans. Krivanj is the highest national peak of Slovenia. But in spite of that, there is this difference, the fact that persons are used to going to nature, that they are used to hiking. For example, in Bulgaria we met people on the path who were wearing sneakers and tracksuits and bags as if they were going to town. But no, they were in the mountains to take a walk, which really surprised us.

I do not think that our mountains are any worse. We have both high and beautiful and interesting mountains. We went abroad to mountains that are much more modest than the ones we have, but they somehow advertise them better, talk more about them, visit them more, etc. I believe that we certainly have strong capacities for mountaineering and mountains, but we also have a very poor understanding of the concept and very poor infrastructure.

I will give you just an example. Maglić is the highest peak of Bosnia and Herzegovina, it is located in the Sutjeska National Park. I mean, it is not specifically in the national park, but it is very near Sutjeska National Park. And the access road to paths leading to Maglić is in a very bad condition. Terribly bad, and a 5 KM ticket is charged to use it. The road is destroyed because it is currently used to cut and transport lumber, among other things.

Seven days ago, I was in a national park in Bulgaria, where we have not paid any entry ticket to go to the park, and we visited a beautiful peak, the third highest in the Balkans.

Our Maglić is equally beautiful, especially with Trnovačko Lake, which is located in Montenegro, the heart-shaped lake. But that access road is far worse than our forest roads around Tesić.

We do have the capacities, but we do not use them not even as closely as we could.

Darijo Bošnjak – Vitez: How is this when you want to shoot movies in Bosnia and Herzegovina 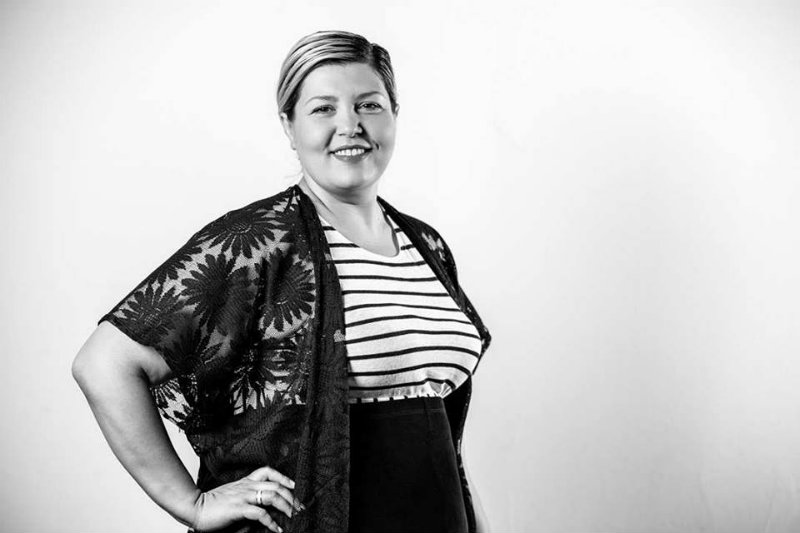 Mirel Bijedić – Gradačac: Long-term work with the youth in order to improve their position in the society